Book Only, Score and Parts

Transcribed and edited by Andrew Fowler

This is a further set of pieces that can be played on five viols  – Tr. T. T. T. B. (Also published in alternative clefs) following on from Consorts for Five Book 2.  Although pieces are of a similar standard, some are more rhythmically challenging especially in the inner parts.

There are no reviews yet. 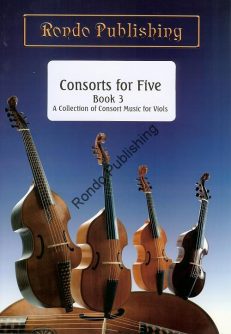