My main source of bowings is from the Manuscript by Anna Magdalena Bach, which is the first copy as the original in Bach’s hand does not exist.  There are many ambiguities in the manuscript as it is often unclear where the slurs are marked.  For this edition I have marked bowings that make the most of the viol’s resonance. For example, in the Prelude I have left the first semiquaver on a separate bow with the following three notes on a slur.  This enables an easier string cross in bar 2 and in subsequent bars and leaves the C string ringing.

See the music (Extract only)

There are no reviews yet. 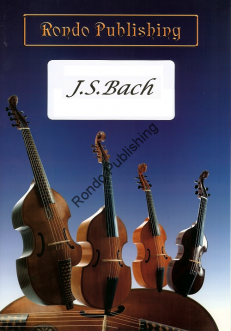