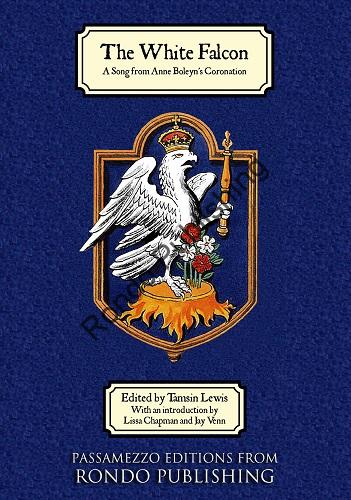 Anne Boleyn’s coronation was the talk of Europe – a spectacular four-day event, with every aspect carefully planned and controlled.  One of the specially written songs, “The  White Falcon”, praising Anne as the heraldic bird that was her badge as queen, lay forgotten for nearly five centuries after her execution in 1536.   An elegant and, in hindsight, poignant ballad, it has now been rediscovered, reunited with its original music by Tamsin Lewis, performed at the Lord Mayor’s Show in 2013 and is published with an introduction by Lissa Chapman and Jay Venn.